From the dark ruins of ancient Athens rose a band so brave and frightful, that even the specters that haunted the temples stared, tamed and awe-struck, at its might and power.

Cheesy intros aside, SEPTICFLESH is one hell of a metal ensemble and there’s no one who can rock poetic lyrics, infused with the savor of past civilizations, death-metal brain crushing sounds and heart-wrenching melodies quite like the mystic quartet.

The group will perform at the third indoors edition of Maximum Rock Festival 2015, one of Romania’s biggest metal events, and, with this occasion, we caught up with lead-guitarist Christos Antoniou, who agreed to offer us an exclusive interview.

We chatted about the still mysterious future 10th record, the follow-up to 2014’s excellent release, “Titan”, Christos’s strange and endearing anxiety regarding the band’s ultra-cool name, and many other things.

To find out more, check out the interview below.

You’ve been to Romania quite a few times. On October 17th, you return to Bucharest to perform at Maximum Rock Festival. Are you looking forward to the show?
Yes, of course! We’ve played many times before in Romania. However, I think it’s been a while since we visited Bucharest. We are eager to return and it will be our first time playing Maximum Rock Festival. We’ve heard many good things about the event I am sure the show will be great for both the band and the audience.

Let’s talk about the Greek metal scene. How are things going? Is metal doing good there? How much of a struggle is it for the bands to get their message across?
It is underground, of course. The bands that have done something abroad are the same as they were a few years ago: Rotting Christ, Septicflesh, Firewind. We are the ones that managed to build a career outside of Greece. It’s difficult for the newcomers because they have to focus on creating a distinctive personality in terms of sound. Of course you cannot invent the wheel! But you do need a personality. All the groups that I’ve mentioned have a distinctive color. Statistically, things are not going well for the Greek metal scene, but we do make notable efforts. Imagine just how difficult it is for a country situated in our part of the world, in Romania, Greece, the Balkans, to make it on the international metal scene. Our efforts need to be double, or triple!

Many people think that, when bands meet at a festival, things go crazy, parties ensue and everyone is having fun. Is this true or are things different?
We actually played with Epica a few months ago in South Africa. We did a festival there. To be honest, everyone just minds their own business. Of course we do have friends among bands, like, for example, the guys in Moonspell, Paradise Lost or Rotting Christ, but every group has stuff to do at such an event and there is rarely any time to party. Plus, you need to be acquainted with the bands to go out celebrating with them. We go to a festival to do our best onstage and give our greatest performance.

The follow-up to your latest release, “Titan” (2014) will be your tenth record. Are you currently working on anything new?
As you said, our latest record was released just one year ago. Since then, we did three U.S. tours, one European tour, some summer festivals and now, in September, we’re doing a Russian tour. Then, in October, we go to Romania to Maximum Rock Festival and finish the schedule with 44 more shows in Europe, a huge, huge tour. As you can understand, there isn’t much time to create new material…However, we have spoken about the path we are going to follow with the next release, but this is it. Until now, we haven’t even written one note! We are super busy on the road. Nowadays, the music business moves really fast. You need to be dedicated; you have to be focused, do as many tours as possible and release records when the time is right. Plus, we are not in a hurry. When it comes to our records, we pay extra attention to them. We want them to be perfect. We’ll probably start recording the follow-up to “Titan” sometime next summer. So, basically, a year from now.

What do you think about the music industry? It has certainly changed since you first burst onto the scene, back in 1994. How have things changed for you with the advent of the Internet and so on?
Well, you know, the music industry has changed radically and the most important factor in this equation is the Internet. At the same time, however, the net helped a lot of bands get more exposure than they ever hoped to obtain through conventional means. I think that the music labels have had more to suffer because of this new era. During 1994 we weren’t really selling a lot, mostly because we didn’t have a big label behind us, like we do now. The band was more underground and the atmosphere more romantic – we were doing everything from the heart, we wanted to create music for ourselves. Everything changed after we released “Communion” in 2008. Basically, I can’t say how much the changes in the music business affected us, because we weren’t really active in the early days. I do think that we’ve gained more from the Internet and everything else. For us, the most important era of Septicflesh is the second one , which started with “Communion”.

You’ve always been a band that was happy to cultivate its darkness. Do things become more luminous as you age, or will you hold on to this element?
At the end of the end, what is darkness, you know? Things are so relative. Sotiris is responsible for all the lyrics and ever since the beginning his influences have been the ancient civilizations of Greece, Egypt, Sumer and so on. I would say that the music is darker now than it used to be, but it’s not because we’re following a recipe or doing things deliberately. It’s just the way we express ourselves and nowadays it tends to be darker. Maybe the new album will be even more so, in comparison with “Titan”. We really don’t know right now. We were always about the extremes – the lyrical and melodic parts, vs. the dark and fast ones.

Tell us the story of the name “Septicflesh”. What does it actually mean? I read somewhere that it refers to the opposite of Christ’s holy flesh.
To be honest, I am not proud about our name. It simply doesn’t reflect our music. Our art has this classical color, that is our trademark. During the time we chose the name, we were youngsters. I was 15 years old, my brother was 17 and Sotiris was 20 years old. It’s clear that we didn’t have the discipline necessary to choose a good name. A friend came up to us and said: “So why don’t you call your band Septicflesh”, and, basically, our response was: “Yeah! Why not?”. We kept it just like that. I say I’m not proud because, you know, Septicflesh means…Septicflesh – the flesh that rots. You can’t really say that there’s a serious meaning there. It was a wrong decision but we got used to it and that’s that – now we fight with this name. We cannot change it anymore. We meant to, back in 1999, but we didn’t. I try to forget its meaning. To be it sounds nice now because I got used to it, but, to be honest, it’s not great at all! There are many bands out there with silly names. At the end of the day, it’s just a name. The most important thing is the music. However, I am aware of the fact that when someone hears “Septicflesh” for the first time, they think that we’re a grindcore band, just because of the name. But we’re so different! We play metal with symphonic elements…

How about the crowds you perform to? Where do you love to sing most – in America, or back home, in Europe?
Americans are crazier and friendlier. In Europe, the things are more complicated. You have the Northern Europeans, the Germans, the Dutch, who are not so warm with the bands. Don’t get me wrong! It’s not that they’re not awesome or don’t love us. That’s their way of expressing their feelings. They don’t really like moshpits. They want to sit quietly and enjoy the music for themselves. The Americans are different. And then, of course, we have to countries in Southern Europe, who are more like the Americans. In America,90% of the crowd is crazy, in a good way. We love to play wherever, though.

Maximum Rock Festival is the biggest indoors festival in Romania and has already become a tradition amongst metalheads. This year, the event will take place between October 15th and 18th, with a stellar line-up consisting of Epica, Annihilator, Sirenia, Skalmold, Septicflesh and many others! For the full bill, check the official website above. 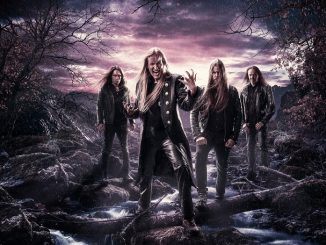 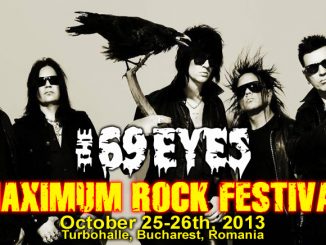 The 69 Eyes tell tales from the goth’n’roll crypt 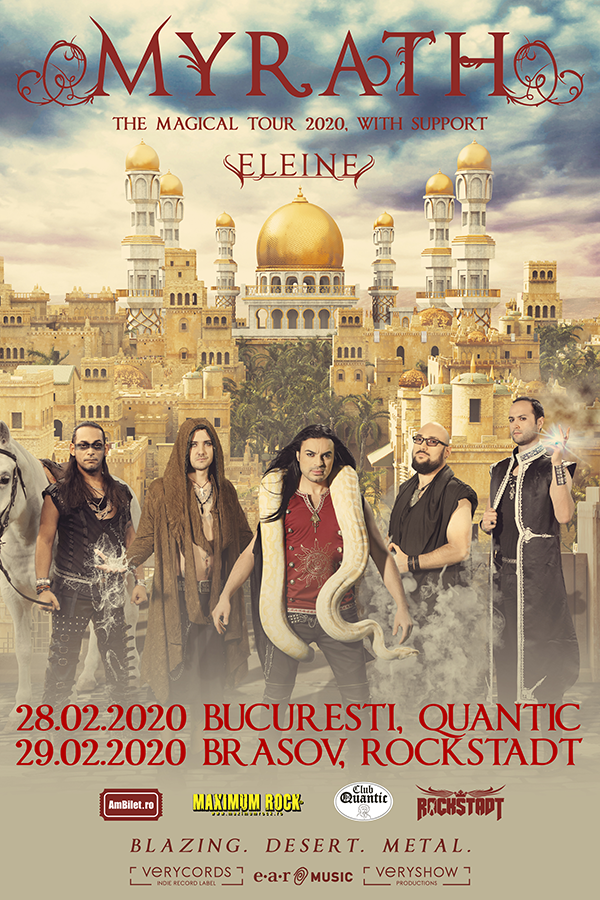